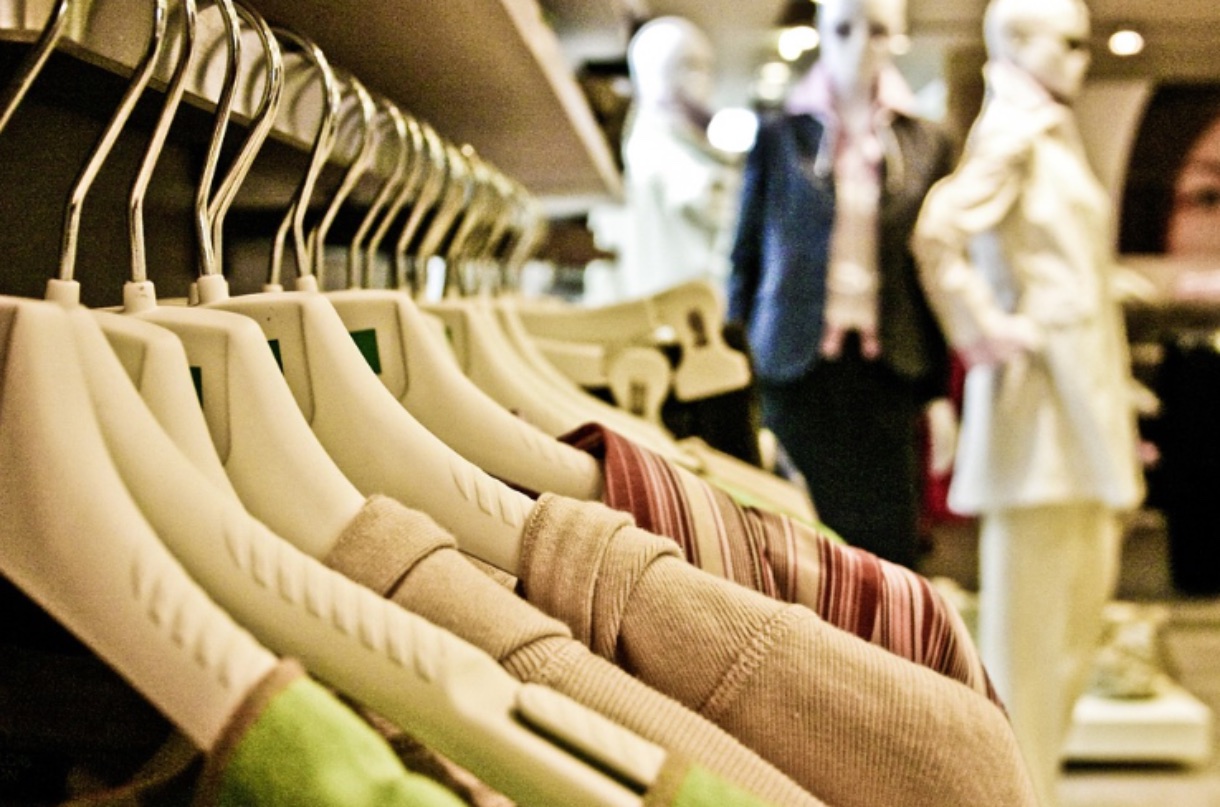 The most important rule for fashion brands is to stay relevant, so, it comes as no surprise that fashion brands are often in the eye of many social and political media storms. From questions surrounding traceability, sustainability and animal welfare, to issues about environmental impact, exploitation, consumerism and waste, the fashion industry isn’t in short supply of concerns. In fact, a surplus of issues, predominantly surrounding production and waste, fronted by the fast-fashion industry which produces 1 billion garments and 1.2 billion tons of CO2 equivalent each year, has caused some of the biggest earthquakes in the fashion industry. These issues that plague the fashion industry are complex and interlinking, all of which necessitates their exploration. This mini-investigatory series will get to the heart of the fashion industry, asking questions like: what is the reality behind natural and synthetic materials? Are fast fashion brands profiting at the expense of the environment and the world’s most vulnerable people? And as we set sail on this new fashion voyage, are we headed for a sustainable and responsible future in fashion, if one awaits? These questions are tough and the answers are not easy, but in today’s world where transparency and trust are key, we must explore the truth about fashion.

Opening this three-part series with an exploration into the reality of natural materials, and the difference between natural materials and synthetic alternatives, what better position to start then from the very beginning of fashion production with sourcing. The sourcing of fashion materials, natural or synthetic, is a hotly contested subject with many burning consumer questions, including: where have my clothes come from? Who made my clothes? And at what cost to the planet are my clothes? Today, the sourcing of materials and their impact on the environment is important to consumers who want to feel confident that what they are wearing is both ethically and sustainably sourced. Ensuring clothing is ethically and sustainably sourced should be difficult for brands, as these two tropes ethical and sustainable are often in conflict, however, brands find it surprisingly easy to market themselves in this way.

The first reason why fashion brands marketing themselves as both ethical and sustainably is tricky, is because there is no universal definition of either. What one person may deem ethical or sustainable may not mirror another person’s definition. For example, a vegan consumer, a group which represents approximately 3% of the world’s population, according to leading vegan researchers, may not deem animal-deriving products, a fur coat, leather bag, cashmere sweater or meat, as ethical or sustainable. They would rather consume faux-leather and faux-fur products which are made from plastics, a derivative of petroleum – an oil-based product which is by nature unsustainable which is conversely unethical to another consumer. Let’s take another example, an argument on one-hand may be that plastic fashion has not caused harm to an animal through production, it is the popularised term “vegan and cruelty free” however, the counter argument is that plastic is not biodegradable, it can only ever be indefinitely recyclable at best – it will need constant transformation through the use of more harmful chemicals, damaging the environment and affecting wildlife later down the line during its short life-cycle. These two rather simple examples demonstrate how debates surrounding ethics and sustainability, while often used in the same sentence, are complex and not always working in parallel.

In fact, ethics and sustainability presents an ironic paradox in fashion. Since fashion is about creating new things, with each new season high fashion, high street and online brands release one new collection minimum, it’s actually impossible for fashion brands be completely sustainable or even environmentally-neutral. Which begs the question: are brands using these fashionable terms for good PR?

Unpicking this dichotomy further, while ethical and sustainable sourcing has been a focus points for brands for decades, it has only entered the zeitgeist in recent years due to household names being exposed for sourcing malpractice, questionable supply chains and contributions to global exploitation and climate issues. A well-known example of this is sportswear manufacturing giant Nike. Since the 1970’s, Nike has been attacked for its use of sweatshops, the term used to describe long-hours and low-wages factories in developing countries used by big conglomerates to produce cheap products ultimate creating greater profits. Nike experienced rapid growth after moving production overseas with record-breaking profit margins. But as this was at the expense of a vulnerable labour force, notably young women in south east Asia, Nike began to face waves of consumer backlash. Following this, in the 1990s, Nike was forced to introduce a more transparent and ethical supply chain. This is an example of brands adopting consumer concerns not necessarily because they want to, but because they have to in order to survive.

However, it’s not only fast fashion retailers like Nike who have had to answer questions regarding sourcing and revise their position. The luxury fashion sector has also had to face growing consumer demands head on, with the fur industry facing its biggest attack yet. In a bid to answer consumer concerns sustainably strategies have become commonplace in the fashion industry with luxury brands adopting one, this includes luxury umbrella juggernauts LVMH and Kering. However, while the term ‘sustainability’ is this seasons must-have, according to the Global Fashion Agenda, around half of the fashion industry have not yet taken any action on sustainability whatsoever. Instead, the term has and is being used as a self-serving marketing tool to drive sales and good PR. But, while this may be the motivation for most, this has not been the approach of the fur trade.

For decades, the fur trade has been at the centre of media contention regarding the sourcing of natural fur, in particular, the methods in which fur farms are managed and fur is harvested for fashion. And while high animal welfare is the reality of fur farming, especially when compared to other animal-based industries, in particular the food and dairy industry, the reality is not always the story accurately reported. But, why? The media has a large role in shaping public consciousness, often backed by sensationalist and extremist ‘animal rights’ groups, the media bares huge responsibility for the spread of misinformation. Nonetheless, the fur industry has responded to sourcing concerns in a huge way, wanting to reassure and instil confidence in consumers of fur products with its high levels of standards and welfare. It’s for this reason the fur industry, which is not only already regulated at government, independent scientific and auction house level, including Saga Furs Welfur program, but, led by the International Fur Federation, the fur trade is introducing the world’s first industry-wide certification and traceability program in 2020, title: Furmark.

Furmark, which has the backing of luxury conglomerates like LVMH and Kering will give consumers of natural fur products confidence that the fur they are purchasing comes from a certified farm with the highest level of animal welfare. This will include certified farms across Europe and Africa and wild fur deriving from government regulated North American conservation programs. This means, unlike plastic fashion brands, Furmark will present consumers with a clear step-by-step supply chain including where the fur was farmed, dressed and dyed, auctioned, manufactured, and retailed. This level of transparency is unrivalled not only at company level, but industry too.

The narrative when it comes to material sourcing within the fashion industry is a clear one. Since the 1980s and 90s, when a large number of major fashion and sportswear brands outsourced their production to developing countries, questions surrounding the production of fashion grew in parallel with supply chains becoming more complex and foggy. It’s this which ultimately lead to a spike in consumers demanding to know the origin of the good they consume, something that is now standard practice.  However, while supply chains have become clearer than ever before, the materials and their effects on the environment have remained the same, with natural materials being a staple of the circular economy and plastic materials helping destroy the planet. Yet, this isn’t the narrative of vegans, animal rights campaigners, or the media at large.

In fact, according to vegans, the worlds consumption of animal-based products (food, clothing, cosmetics, fuels) is redundant and archaic. However, across all cultures, from millennials in China, the world’s Jewish community and the black communities of the US, fur is not outdated, nor is it only an economic signifier of wealth, but it is a material with heritage and deep social and religious meaning. Fur is entrenched in many people’s beliefs and everyday lives. With the growing standards of fur sourcing, and the implementation of Furmark in 2020, the fur industry can pride itself on being ethical and sustainable, something many brands promise but ultimately do not deliver.

One response to “The Truth About Fashion Part 1: Going to the Source”