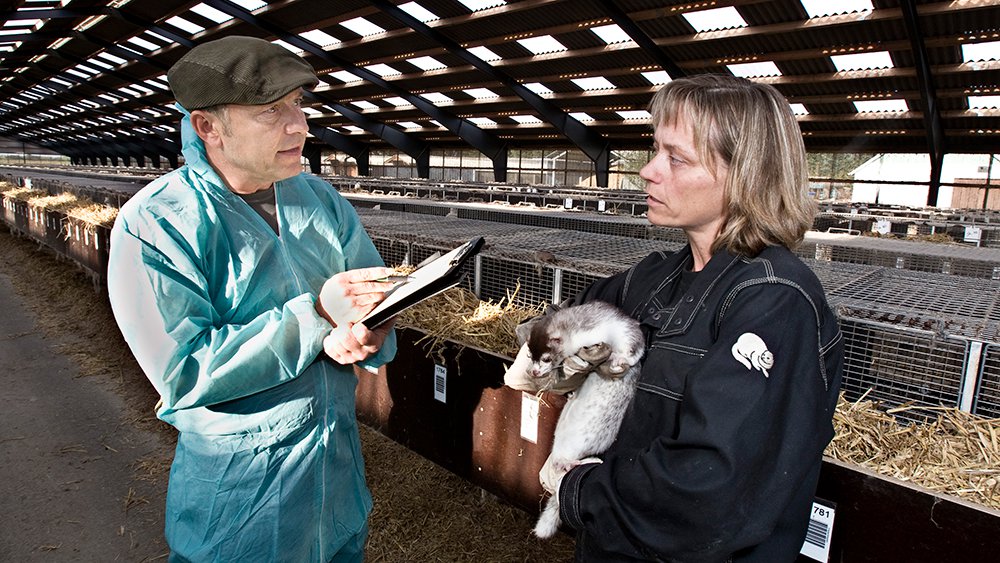 Several months after the implementation of the science-based certification programme WelFur started, already 450 mink and fox farms had the first ever WelFur assessment visit. The number is hardly a surprise as 77 % of fur breeders in Europe rushed to sign for at last one visit in 2017 as soon as the implementation was announced.

Responsible farming and fashion are linked as never before. And whereas national legislation has limits in controlling, a certification programme developed by scientists and based on 30 years of research does way better.

Following the methodology of the European Commission’s Welfare Quality Project, WelFur measures animal-based indicators and make an objective documentation of animal welfare standards on both mink and fox farms.

Besides from that, the science-based scheme serves as a tool for farmers who want to improve the animal welfare by providing them with support from specially trained WelFur advisors. This gives space for boosting areas in the farms where animal welfare can be improved under the supervision of animal expert.

“We finally have a system that scientifically measures animal welfare based on facts, but not human perceptions about it. There is no better existing way to determine the wellbeing of animals on farms than using science. Likewise, WelFur offers a reliable traceability system for customers. After all – they have the right to make an informed choice when they buy products,”

Customers are becoming more vocal when expressing concerns about traceability and the available information about the condition on farms. According the latest survey by the European Commission from 2016 mapping the attitudes of Europeans towards animal welfare, almost two thirds of the responders say they would like to have more clarity on that.

To address their demands, WelFur will also serve as labelling scheme for customers who will enjoy a WelFur label guaranteeing animal welfare standards on European farms. This will come into effect when from 2020 the auction houses will start selling only skins sourced from European WelFur certified farms.

Tara Norton, the Managing Director of the consultants group Business for Social Responsibility (BSR), works with the world’s top fashion brands. She says the traceability issue is not overlooked by brands.

“Global brands are increasingly concerned about where their raw materials come from, and the way in which their products are made; and this includes fur. It is imperative that fur farmers take action to demonstrate that they are applying good practices.”

During the next three years WelFur aims to certify all 4000 European farms. Farmers will have to undergo three visits during the different production periods conducted by independent third party assessors from Baltic Control to obtain the certificate. Mandatory assessments once a year are also required to keep it.

The certification process continues during the second production period in another 11 European countries where assessments visits are taking place.